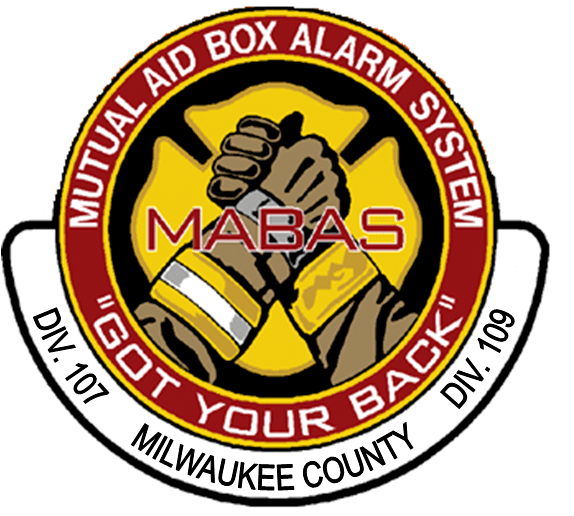 Mutual Aid Box Alarm System (MABAS) is a unique organization in that every MABAS participant agency has signed the same contract with their counterpart MABAS agencies. As a MABAS agency, you agree to:

MABAS agencies, regardless of their geopolitical origin, are able to work together seamlessly on any emergency scene. All MABAS agencies operate on a common radio frequency, Interagency Fire Emergency Radio Network (IFERN) and are activated for response through pre-designed "run" cards each participating agency designs and tailors to meet their local risk need. MABAS also provides mutual aid station coverage to a stricken community when their fire/EMS resources are committed to an incident for an extended period.

The stricken community commands MABAS extra alarms and dispatch control is handled through the stricken community's MABAS division dispatch center. The expansion of mutual aid to a statewide system doesn't require all municipalities and fire districts to join MABAS as a member agency; however, MABAS is a recognized response agency by the State of Wisconsin as a primary response agency for disasters and other declared emergencies.

On a daily basis, communities face emergencies, which overtax their local fire/EMS and special operations capabilities. Often the "local" crisis doesn't warrant the state's Declaration of Disaster and its accompanying statutory powers. Without a Declaration of Disaster or Declaration of an Emergency, statewide mutual aid cannot be activated, nor are the statutory powers in force for an assisting agency's reimbursement, liability and workmen's compensation coverage. When such cases exist, being a MABAS member agency affords invaluable benefits to a stricken community, regardless of where the community is located.

As a MABAS member agency, every community has the same agreement as the other communities- all agreeing to send pre-determined resources, without reservation (but always "as available"), to assist a stricken community. Without a formal written mutual aid agreement (such as MABAS), a request for mutual aid assistance becomes a voluntary act, putting the Fire Chief and his employing community who might send the resource, at great risk should equipment be damaged, or if a firefighter is injured or killed in the line of duty.

To become a MABAS Division/agency, all that is required is a resolution or ordinance being enacted by the governing body and signing the MABAS contract. Most MABAS agencies are comprised of a number of geographically co-located municipalities or districts. Some MABAS divisions have nearly 30 member department or districts. All it takes is discussion, agreement and political commitment.